Raphael, that’s me and I’m behind the music project called “SubConsciousMind” in short: “SCM”. 1997 I bought my first synthesizer. Having no musical experience or knowledge I just tried out till it sounded remotely like music. It may not sound that way, but even though I do relatively musical and melodic music, I didn’t know what “chords” are till writing the last track of my second album. 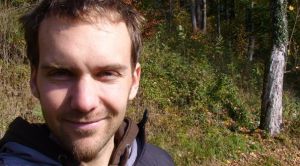 In 2000, I released the first subconsciousmind album: “unprofassional“. After a while I realized, that psychedelic trance (the genre which fitted me best) in my eyes didn’t involve emotions often enough or not the way I like it. I believed there was a big potential and after three years of work this led to my second album called “gfuehlsweid” (meadow of feelings). Read more about it.

Even though I precisely managed to miss the market of psychedelic trance, those, who had been touched by my music seemed to have been touched especially deep. This made me very happy and supported me to stay on my way.

In 2009 I released my third full length release “Intermezzo Extended” which was actually an extension of a minialbum called “intermezzo” which was released in 2008. It was a compilation of 7 Songs, more modern, more danceable, experiments in sounddesign and my stepping stone to learn the skills needed for my next Album.

It took me until 2018 to release my Album “Symphonies of Life“. Again I was releasing music which was not following any popular trends in Psychedelic Trance, however, slowly over the years I was gathering a fanbase of people looking for my sort of sort of timeless, original approach to this music.

Generally I’d like to add: My way is not to deliver polished music, but music perfect in its own way, with rough edges and personality. I put most of my energy and precision into clever songwriting, fluent, subtle, meaningful arangements, original sounddesign, shiverfactor and exact expression of emotions. SCM music is rough but still subtle, intense but still unintrusive, emotional but still earth connected. idea and concept behind SCM.