It probably never should have been released. It wasn’t in fashion, sounded unprofessional, yet it was somehow important to get SubConsciousMind started. It led to live gigs and the feedback provided the motivation to get going and create the first Album Gfuehlsweid and later Intermezzo Extended and Symphonies of Life.

Why is this compilation of weird music even still presented here in the first place? It’s old. It kinda sucks. And yet it’s part of my personal history.

This was my first try, so all I wanted to do really, was to finish a couple of songs which I began. Really, this wasn’t music ready for release, but it was all I got. This was partly due to the fact that my technical skills and means where rather limited (no computer, no VSTs), but also my style in general seemed to confuse people and myself.

Incredibly this horribly made music did seem to have quite an effect on some listeners and me all the same, which finally led to me becoming the musician I am today. My songs may have sounded strange and unprofessional, but they, a little bit at least, told stories and had somewhat meaningfull arrangements, which I found the most important. All the rest was and actually still is rather superficial for me.

So back in the day I decided, even though they sucked and weren’t professional, to put all my songs on an album and simply call it “unprofassional” with an “a” instead of an “e” meaning that the album is neither professional nor fashional. If you enjoy this you must have a very good heart 🙂

As I did on the second album gfuehlsweid, this music has been produced without the help of software sequencers. In this case I didn’t even use any kind of personal computer for sample processing or mastering.

An Akai MPC-2000 was playing loops of 16 bars and I faded the elements of the songs on the Yamaha 03D mixer in and out when ever I needed them in the song. Furthermore, I was tweaking an Access Virus A and a Roland TB-303. A Doeper modularsystem and a Korg prophecy were used rarely as well.

Two Alesis Midiverb 4 were used for delay and reverb. Thats all.

All songs have been recorded on to DAT (yes really) while doing sort of a “live performance” meaning arranging and tweaking the songs by changing loops and moving knobs and faders. Up to 30 tries for a song like “the hug” (where i find the filter-movements of the TB-303 in the end are some of the best I’ve ever done) where necessary to get the perfect feel.

Most of the people who got the album told me, that they needed to listen to it a couple of times till they got used to the strange style, but then, weirdly, most liked the music. Of course DJs found it too unprofessional (how comes?) to play it at parties. But since the crowd liked it, the album led to a lot of live bookings.

From a musical point of view there are a couple of very interesting songs on this album and the album may show, that my strength probably lies in the composing, the creation of moods and atmospheres.

From a technical point of view the album was said to sound raw and direct. It was my first one, what can I say? 😉 . See technical infos, to learn why.

Don’t expect much, but if you must, here you go: 😉 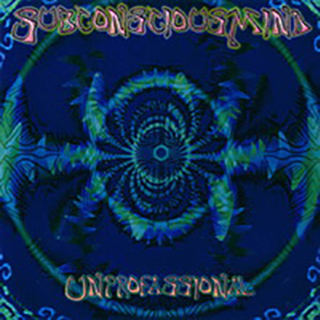