“Patchwork – Friends & SubConsciousMind” is a compilation of songs that have been created between 1999 and 2010. When the friends met, they usually didn’t have a plan and didn’t think about such a thing as a musical “style”. The songs that came to existence show that clearly. It’s close to impossible to assign a style to most of the songs.

The songs are all connected through SubConsciousMind, since I was part in all the works. Even though it is a crazy mix through time and style the songs somehow seem to fit magically to each other.. or is it just me? :

Every now and then some friends bothered to create some music with me and I had the honor to work with some extremely talented musicians. It’s a pleasure for me to finally present 10 songs from 11 years of creative encounters! 1999-2010!

A colorful patchwork and a journey through style and time. Electronic music meets voice, violin, guitar, cello, you name it 🙂 Don’t forget to check out the “info” tab and learn a bit about the wonderful friends that were involved! Shmau aka Alva Luen, www.yade.ch for example.

I highly appreciate your support. Share, like, spread the word, book me for a live act, recommend me to be booked or just send me some feedback or leave a comment bellow.

There are 10 songs on “Patchwork – Friends & SubConsciousMind”. Here some infos about them 🙂

“Flying Nomad” was arranged with Cubase VST5. All the sound design was done with a Virus A, a Roland JP8000, a Doepfer MS-404. Effects came from an Alesis Midiverb 4 and a Studio Quad. Mixed on an analog Behringer desk and recorded on DAT tape. 1999.

“Bruchsch das” & “El Oriental” was arranged with a MPC-2000XL. Synths used were a Virus A and a Roland TB-303. Effects came from an Alesis Midiverb 4. The Guitar came through some Boss multi effect. The violin was recorded with a piezo directly connected to a mixer in “Bruchsch das” and through a preamp from the Doepfer Modular System in “El Oriental”. Mix was done on a Yamaha 03D digital mixer and recorded into a computer running wavelab. The songs have been played “live”. Actually “El Oriental” is more or less one of the first takes of some improvisation over two 16 bar loops! 🙂 2000.

“Substance” was created in Cubase SX1. Some sounds came from a Waldorf Micro Q and a Virus A. 2002.

“What lies behind” was created in Cubase SX2. a Virus B was used too. 2004. Vocals recorded with a Studio Project Tube Mic through a TL-Audio C1. 2004

“Beautiful” was created in Cubase SX3. a Virus TI was used too. 2004. Vocals recorded with a Studio Project Tube Mic through a TL-Audio C1. 2007

“Desperation Symphony” was created in Cubase 4. UAD and Spectrasonics Plugins dominated. The violin was recorded with a piezo directly into an RME Fireface 800 (which I don’t recommend). 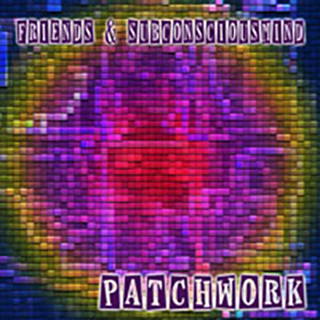